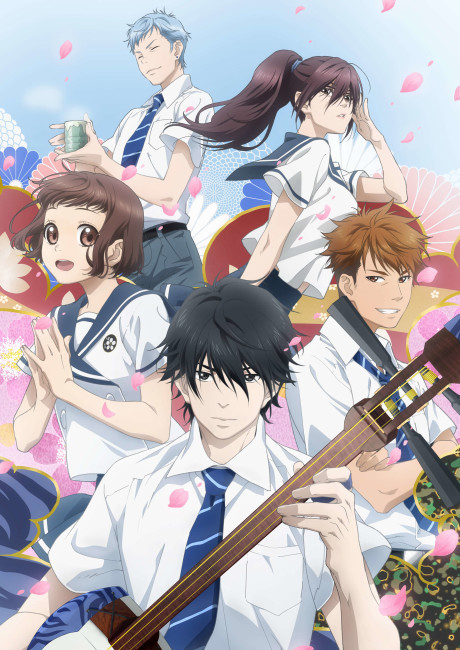 Shamisen is a traditional Japanese musical instrument that looks similar to a guitar. Teenager Sawamura Setsu's grandfather who raised him and his older brother Wakana, recently passed away. His grandfather was one of the greatest Shamisen players and the two siblings grew up listening to him play and learning to play the instrument. Since their grandfather's death, Setsu dropped out of high school, moved to Tokyo and has been drifting, not knowing what to do besides play his Shamisen. That's when his successful and rich mother, Umeko, storms into his life and tries to shape Setsu up. She enrolls him back into high school, but little does Setsu know that he is about to rediscover his passion for Shamisen.