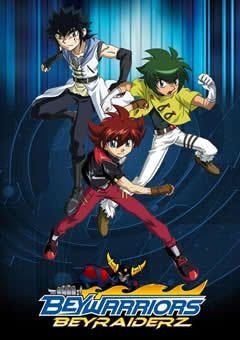 In an unknown land, six guardian beasts provide protection and help cities to thrive through battles called BeyRaiderz. An unknown evil arises to take on the six guardian figures, forcing the six to unite. At the end of the battle the land is protected, but the guardians fall into a slumber. This allows many natural disasters to occur, causing the land to lose its beauty and the people to forget about BeyRaiderz battles. As the six guardian beasts begin to awaken, they call on six BeyWarriors from other lands. The six BeyWarriors are each given BeyRaiderz and charged with going from coliseum arena to coliseum arena to battle. Battling enough times will allow the spirits to reawaken, and it can't happen soon enough as the same darkness that caused them to unite is reawakening and threatens to destroy the world once more.