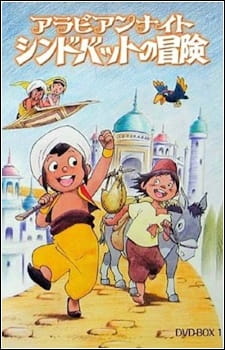 Based on the famous tale from The Thousand and One Arabian Nights, this story takes place more than 1200 years ago. The story's hero is the impish Sindbad, a mischievous boy full of curiosity, who one night sneaks into the royal palace to watch the acrobatic performances and learns that a wide world awaits beyond Baghdad. Hearing of the travels of his uncle Captain Ali, Sindbad decides to become a sailor and travel around the world. Leaving behind a note to his father, young Sindbad boards Captain Ali`s ship and-accompanied by a myna called Sheila-sets out for the greatest adventure of his life.